Those lines from the song, The Long Ride, probably best describe the journey and ministry of Dallas Holm.

Many refer to this legendary Christian artist as a pioneer or forerunner. Holm says, “I became a Christian in 1965 and my life was radically and eternally transformed. My music became the means whereby I could express the dynamics of that transformation and share the reality of Christ with others. Through God’s grace, I’ve been part of the Christian music ministry for a long time.”

Dallas has earned his influence in today’s Christian music throughout more than 45 years of writing, singing and ministry in some 4,000 concerts in every state in the USA as well as many countries abroad. His 38 recording have garnered gold records, multiple Dove awards, Grammy nominations, number one songs, and countless accolades. During his travels, Dallas also speaks and teaches what God has taught him in his journey.

Holm’s creativity and diversity offer everything from inspirational to blues, from country to reggae. Whatever the style, it all points to Christ and the Cross. Songs like Rise Again, I Saw the Lord, Here We Are and Before Your Throne remind us that it’s all about Jesus. Holm’s songs focus on His life, His death and resurrection and His desire for intimate relationship with us.

Artists such as Steven Curtis Chapman, Twila Paris and Greg Long of Avalon all make reference to Holm’s significant impact on their lives and ministries. Holm can be seen on several of the Bill Gaither Homecoming videos. On one video Gaither introduces Dallas by saying, “This is one of the nicest guys in our entire industry.” This broad appeal and respect by peers has undoubtedly been one of the reasons for Holm’s amazing longevity and relevance.

Dallas says, “One of the great blessings of being around this long is that now I hear nightly of how God has used this ministry to change lives through the years. People come up and share how they were saved in a concert many years ago. I receive letters from parents telling me their kids came to know Christ at a concert and I also receive letters from kids who say their parents received Christ at a concert. We know of many in ministry both here and abroad who say that it was at a Dallas Holm concert where they felt the call to ministry. These testimonies and many more are the great highlight and reward of our ministry.” 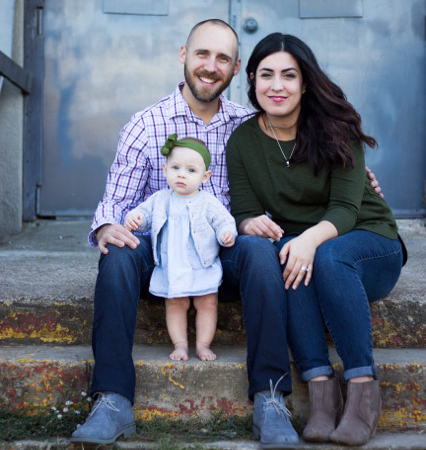 Dallas married his wife, Linda, in 1969. His family, his role as husband, father and grandfather, take precedence for Dallas. “If I reached the whole world but lost my own family, I’d consider myself a failure. Early on, I set a priority system that put God first, family second and ministry third. If I’m not the husband and father I need to be in my own home, I have no right to proclaim truths of the Kingdom to others.”

Dallas and Linda have two grown children, Jennifer and Jeffrey. Jennifer and her husband, Jason, have four children: Jacob, Sophia, Alex and Caleb. Jeffrey and his wife, Jennifer, have one child, Ava Loren.

Holm says, “Now that our kids are grown, Linda and I can travel and minister together all the time. Linda has a beautiful voice. We have sung together on my records through the year but now we get to sing together every night we’re in concert. We love where God has us in this season of our lives. We still travel everywhere in the U.S. and occasionally abroad and minister in churches of varied denominations.”

Dallas is quick to point out, “It’s been a remarkable journey, yet is hasn’t all been easy. When people hear my music or see me on TV or in concert, they don’t realize those are just moments in a life. I’ve had struggles, heartaches, and disappointments just like everyone else. Linda has fought an ongoing 28-year battle surviving cancer. But Christ remains preeminent in all things. No matter what has happened, what I’m going through now or what I may endure tomorrow, “nothing can separate me from the love of Christ.”
Dallas grew up in Minnesota but says, “Like the bumper sticker I see on many a Texas vehicle, I wasn’t born here but I got here as fast as I could.”

After Bible College and a short stint as youth pastor, Dallas joined David Wilkerson in his youth crusade ministry in 1970. He traveled and ministered with Wilkerson for ten years. During that time he formed Dallas Holm and Praise in 1976. They became the first Contemporary Christian band to receive an RIAA certified Gold Album for Dallas Holm and Praise LIVE. That album contained the song Rise Again. They toured together for eleven years.

Dallas has also garnered numerous Dove awards for such categories as Song of the Year, Songwriter of the Year, Contemporary Album of the Year, Group of the Year and others. Several of his songs achieved number one status on the charts and have been recorded by hundreds of other artists including such notables as: The Imperials, The Gaither Trio, Greg Long (of Avalon), and Bob Dylan. Grammy nominations, induction into the Texas Gospel Music Hall of Fame as well as the GMA Gospel Music Hall Of Fame in Nashville, TN, add to a long list of achievements for this enduring minister/artist.

Now, after more than 45 years of ministry Holm says, “I love it more than ever and everyday consider the great privilege of being a co-laborer with Christ Jesus.”

Dallas reminds us, “In Chariots of Fire, Eric Liddell said, ‘When I run, I feel God’s pleasure.’ I say, ‘When I write, sing and play these songs, I feel His pleasure.'”