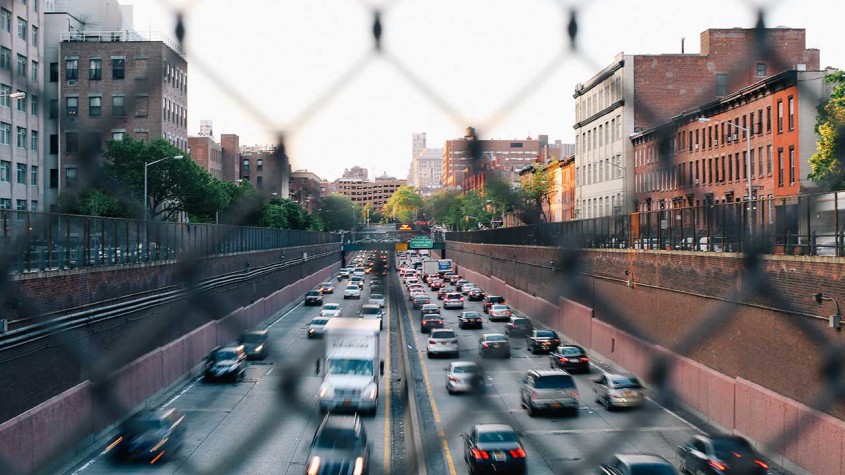 The statement “The End Is Near,” encourages an image of some poor soul on a street corner in a major city like New York. Long messy hair, unshaven, a long wool coat worn on a hot summer day, gloves without fingers and the exposed fingers pointing to the sandwich board sign hung around this street person’s neck proclaiming the stark prediction. Passersby shake their heads in disbelief, more at the appearance of the person than the content of his message

Conclusion: The person looks like some kind of kook so his message must be kooky also, right?

John the baptizer must have looked and seemed pretty strange with his fur garments and his insect diet. He was certainly not politically correct in calling government officials “snakes”. Yet his announcement of one coming whose sandals he was not worthy to untie was spot on.

How about Isaiah walking about naked for three and a half years prophesying against Egypt and Ethiopia? Many, including Isaiah, probably would have been thrilled to have him wear the sandwich board sign, yet he remains as one of the greatest prophets who spoke God’s word and it came to pass.

You may think this is a strange journey I’ve embarked on and what can possibly be its destination.

I believe the end is near, Christ’s return is sooner than we can imagine and we are living in one of the greatest end time signs, yet failing to discern it.

I Timothy 4:1 says, “But the Spirit explicitly says that in latter times some will fall away from the faith…”

I have often heard through the years many teachings on the apostasy or the great end time falling away. I used to think it would be a very visible event as thousands upon thousands simply left the faith, backslid, turned their back on God and just plain quit! I think I saw it happening as somehow more outside the church or away from the church.

Sadly, I believe it’s happening within the Church.

In Paul’s last epistle he warns Timothy, “But realize this, that in the last days difficult times will come. For men will be lovers of self, lovers of money, boastful, arrogant….holding to a form of godliness, although they have denied its power…always learning and never able to come to the knowledge of truth.”

Recently I saw on a Christian TV program three self proclaimed prophets boasting in their successes, sharing the new revelations that only they had been given to enlighten us thereby releasing us into our destiny if we would release to them our money. You’ve probably seen something similar. It’s not my intent or purpose to expose some as I have mentioned here who are at least, in my opinion, misguided and often in error.

My purpose is however to point out that Christianity and the church here in America are taking a big hit from without and within. Somewhere between 1,500 and 2,000 pastors a month are leaving the ministry. Approximately 7,000 churches a year close their doors, being replaced by about 4,500. Sixty nine percent of our young people leave the church upon graduation from high school. Sunday night church services are mostly a thing of the past as well as mid-week prayer meetings being usually the least attended service.

Our president announces we are not a Christian nation. Muslims are given special prayer rooms in schools and businesses but Christians are given lawsuits for the most minimal expression of our faith. Need I go on?

Who is to blame? Or, as I wrote in a song years ago,

Whose fault is it anyway
Who assumes the blame
Is it those who know You well
But are afraid to speak
Claiming to be strong in You
But in the end are weak.

(This Breath of Life – Words and Music by Dallas Holm)

There is a weakness, an anemia, especially in church leadership these days. Preaching has often degenerated into motivational speeches with more emphasis on lifting ourselves up than dying to ourselves and lifting Him up.
Youth groups are too often more about fun and games than discipleship with a goal to build a strong scriptural foundation upon which our kids can live their lives.

Christian media often seems to promote the latest “prophet”, best-selling author or Christian artist whose communications are sometimes not even scripturally sound nor backed by lives of integrity and brokenness before a holy God.
Do I sound a little upset? Perhaps. I’m just tired of the packaging of the prominent, the marketing of the mediocre and the showcasing of the shallow.

We live at the threshold of His coming where we need to be nourished at the table of His bounty but often seem to be content to grab a bite at some person’s new fast food drive-thru.

I believe we are living in the time of Paul’s warning to Timothy (by the Spirit):

For the time will come when men will not put up with sound doctrine. Instead, to suit their own desires, they will gather around them a great number of teachers to say what their itching ears want to hear. They will turn their ears away from the truth and turn aside to myths.

Lest you think I’ve become as one of those who rails against everything and everyone, let me assure you, I have not.

God has a people. He has a church and He has many wonderful shepherds and leadership throughout His body. I know this and I rejoice in it. But remember, we know as the Day draws near, many will grow cold and Satan will do his best to distract us from the faith often by using some who seem to be within our own ranks.

Stay in His Word and on your knees! Use discernment, try the spirits and measure any and all messages against God’s unfailing Word.

As an old hymn says:

As always, thank you for your prayers and support. He is honored and we are blessed by your commitment to help this ministry.

PAST, PRESENT, FUTURE
Scroll to top