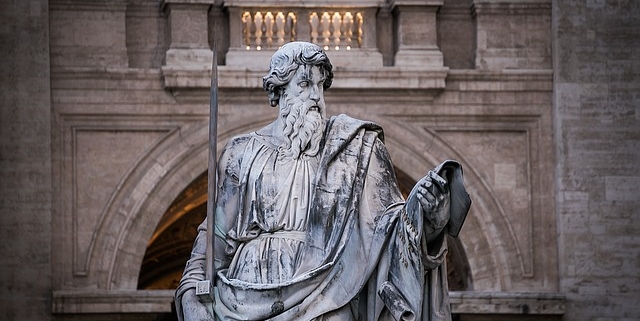 Just recently I was having lunch with a very dear friend of mine. He’s a wonderful man of God, a most effective minister of the gospel and a tireless discipler of men.

We’ve known each other for many years and in recent years we’ve tried to connect more often over a weekly lunchtime meal, though we rarely can get our schedules to cooperate every week.

Still, we manage to quite regularly get together. We often refer to it as an “Iron sharpens iron” moment as we encourage one another from the Word, discuss biblical doctrine and just enjoy the fellowship we have in Christ.

Recently, during one of our lunches my friend said something to the effect, “I would never be so bold as to compare myself to an apostle Paul.” I responded immediately by asking, “Why not?”

I remembered David Wilkerson preaching many years ago and in the course of presenting his sermon he challenged all those listening to consider that every great man and woman of the Bible had only twenty-four hours in a day, same as us.

What set them apart in the assessment of their lives, ministries and true sainthood is how they spent their lives over the course of those twenty-four hour days.

Shortly after my friend and I had that brief exchange over lunch, I read the following entry from Charles Spurgeon in his wonderful devotional, Morning and Evening. It seemed to put an exclamation point on our previous discussion.

“Called to be saints.”

We are very apt to regard the apostolic saints as if they were “saints” in a more especial manner than the other children of God. All are “saints” whom God has called by His grace, and sanctified by His Spirit; but we are apt to look upon the apostles as extraordinary beings, scarcely subject to the same weaknesses and temptations as ourselves. Yet in so doing we are forgetful of this truth, that the nearer a man lives to God the more intensely has he to mourn over his own evil heart; and the more his Master honours him in his service, the more also doth the evil of the flesh vex and tease him day by day. The fact is, if we had seen the apostle Paul, we should have thought him remarkably like the rest of the chosen family: and if we had talked with him, we should have said, “We find that his experience and ours are much the same. He is more faithful, more holy, and more deeply taught than we are, but he has the selfsame trials to endure. Nay, in some respects he is more sorely tried than ourselves.” Do not, then, look upon the ancient saints as being exempt either from infirmities or sins; and do not regard them with that mystic reverence which will almost make us idolaters. Their holiness is attainable even by us. We are “called to be saints” by that same voice which constrained them to their high vocation. It is a Christian’s duty to force his way into the inner circle of saintship; and if these saints were superior to us in their attainments, as they certainly were, let us follow them; let us emulate their ardour and holiness. We have the same light that they had, the same grace is accessible to us, and why should we rest satisfied until we have equalled them in heavenly character? They lived with Jesus, they lived for Jesus, therefore they grew like Jesus. Let us live by the same Spirit as they did, “looking unto Jesus,” and our saintship will soon be apparent.

If the true goal of our intimate relationship with God is conformity to the image of Christ, then is striving to attain a similar standing as the historical saints of scripture not only a possibility but a requisite?

Paul emphasizes this fact as by the inspiration of the Holy Spirit, he reminds the gentile believers in Rome (as well as us today) that we are “Called to be Saints.” (Romans 1:7)

His Way is in the Whirlwind

Christ and Him Crucified
Scroll to top